On November 8, the Government of Thailand withdrew its proposal for new, improved land regulation for foreign investors. The regulation would have allowed wealthy foreigners with long-term resident visas to buy a small plot of land for residential purposes. Critics and opposition political parties criticized the proposal as “selling off” the country’s land, while those supporting the proposal have urged caution and tough measures to regulate land buying and holding.

Cabinet approved the proposal on October 25, but pressure from the opposition and public concerns over “selling off” the country’s land compelled Thailand’s Interior Ministry to pull back in order to seek public views and further review the policy’s potential impacts on the economy. The withdrawn proposal would have enabled four groups of foreigners with long-term resident visas to buy 1,600 square metres of land for residential purposes, provided they invest at least C$1.5 million (40 million baht) over three years or less. The regulation would have allowed wealthy global citizens, well-heeled pensioners, people who want to work from Thailand, and highly skilled professionals or specialists to purchase land in Bangkok, Pattaya City, or other municipalities or zones designated as residential areas. According to the Interior Ministry, the proposal may be reviewed again pending approval of the cabinet.

The proposed new foreign land ownership rules were part of government measures to revive the Thai economy by attracting foreign investments into the country’s real estate sector. The proposed rules received mixed reactions from policymakers, industry experts, and opposition parties. Policymakers were particularly weary of the new rules’ impacts on affordable housing, fearing a foreign buyer-driven surge in prices similar to the situation in Hong Kong and Vancouver, Canada.

The opposition parties did not think it was the best way to stimulate the economy, as the uptake of such investment incentives could be low given other Thai investment options presenting good prospects on returns. If the government moves ahead with the new rules, strict measures will be needed to regulate land buying and holding.

Real-estate industry experts, however, welcomed the new rules, and are of the view that the overall impact on housing prices will be low as the number of foreign buyers will be limited by the huge amount of investment required to purchase land. A surge in residential price growth – if it does happen – could occur in certain areas in Thailand that are attractive to foreign buyers.

Thailand has been competing with other countries for foreign investments in housing markets as evidenced by its existing regulations, effective since 2002, that allow foreign buyers to purchase condos, but sales haven’t seen much of an increase over the past two decades. With the new proposed regulation, the government was hoping to offer more incentives for foreign buyers and attract foreign investment to rebuild its pandemic-ravaged economy.

The withdrawn foreign buyers land regulation will now be subject to a review by the Office of the Council of State. As part of the review process, a comprehensive study on the pros and cons of the regulation will be undertaken by soliciting public opinion for a maximum of 15 days. The completion of the study does not guarantee that the proposal will be tabled at the cabinet for reconsideration. Analysts will be watching to see if the proposed regulation sees the light of day once more.

Thailand has been one of the most popular countries in Southeast Asia for Western businesses, retirees, and expats. Leveraging its popularity, the government has been trying to provide these demographics with incentives to invest, continue their business operations with ease, and settle down permanently. If the foreign buyers land regulation is not endorsed, it remains to be seen what other incentives the Thai government will propose to attract wealthy foreigners (and their investments) to boost the economy. 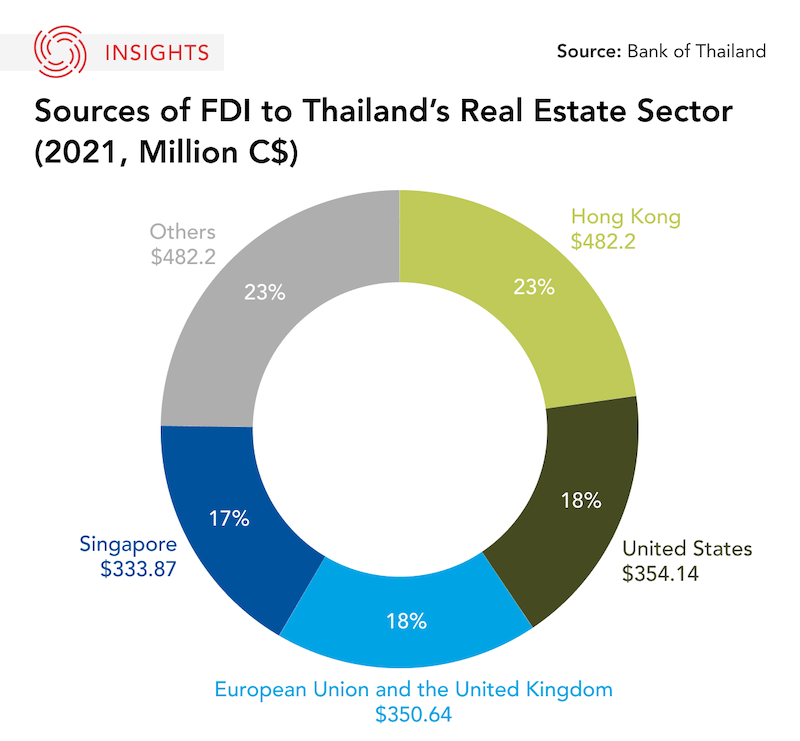